Port Augusta has a hot desert climate (Köppen: BWh); however, some authors define it as semi-arid steppe climate. In terms of vegetation the same is given as desert, although counterintuitively the city maintains with governmental aid with some plants adapted to aridity. Considered desert also by the city hall. Summers are very hot and dry, while winters are damp with generally mild days and cool nights. A record high temperature of 49.5 °C was recorded on 24 January 2019. [Wikipedia]

Port Augusta in relation with The Trail 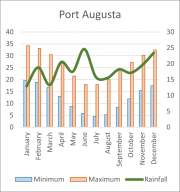 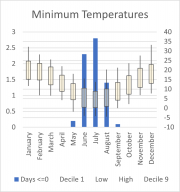 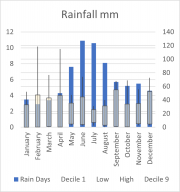 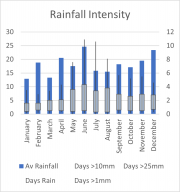