Yongala has a mild semi-arid climate with some continental influences. It is situated on a high plateau and winter snowfalls are common. The town holds several records for the lowest minimum temperature in South Australia, including its all-time record low of -8.2 °C on 20 July 1976, in addition to the record low temperatures in South Australia for the months of May, June, August and September. [Wikipedia]

Yongala in relation with The Trail 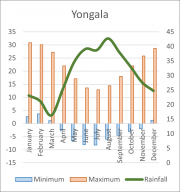 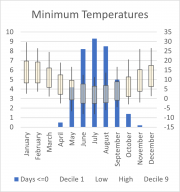 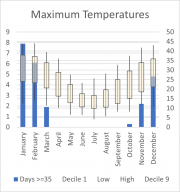 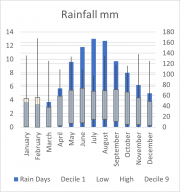 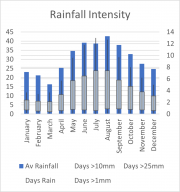