Due to Adelaide's mild winters, temperatures cold enough to produce snow in the Adelaide metropolitan area never occur, and the nearest snowfields to Adelaide are in eastern Victoria, over 700 km away. However, light snowfalls (rarely lasting for more than a day) are not uncommon on the summit (although it is possible for Mount Lofty to go two or three years without any snowfall). Mount Lofty is the coldest location in the Adelaide area; during winter months the temperature may not exceed 3-4 °C on some days. The summit is the most common location for snow in South Australia.[Wikipedia]

Mt Lofty in relation with The Trail 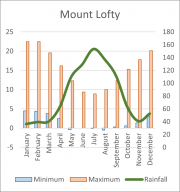 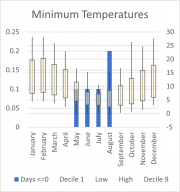 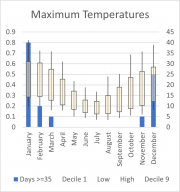 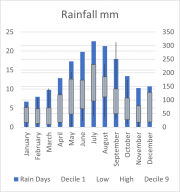 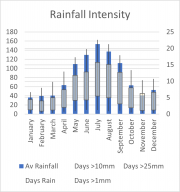